Mediterranean swing and psychedelia courtesy of Swiss nomads The Pussywarmers

The Pussywarmers bring you a lively mixture of music from the Dope n Glory Jazz era of the mid 1920's. With horns, upright bass banjo and many more acoustic instruments, they have a wild and dusty character... plus trumpets.

Cosmically bound to their Hungarian ladyfriend Réka and originally from the Mediterranean district of Switzerland, The Pussywarmers bring a unique vintage sound that has caused audiences of all ages to fall under their spell. Join the Babel Festival for it's finale as it celebrates all that is great about the mixing of cultures across Europe with melodies that stubbornly elude attempts at definition but leave ever more gig-goers indefinably warmhearted.

Babel Festival
For its tenth anniversary, this acclaimed literary festival will journey from its home in Switzerland to the east end. A unique border-crossing event, celebrate voices, rhythms, linguistic diversity, creolisation and hybridisation with a day of readings from writers and translators from all over the world culminating in a very special gig by The Pussywarmers.
Every year Babel invites a guest culture, giving special attention to the phenomena of hybridization and the crossing of borders: it features writers who live across different languages and cultures and, therefore, deal with forms of translation in their creative processes. Babel traditionally takes place in Bellinzona, Switzerland, a country whose own multilingualism represents an experiment in translation. 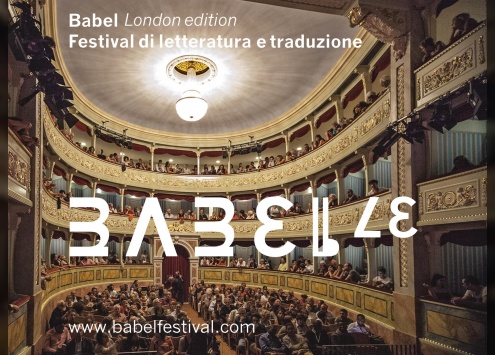 Let Babel charm you for a day: you will meet great writers and tongue-mixers, hear the unheard and speak in tongues that weren’t yours.On June 18th Wilton’s will showcase some of the best living ...