The incredible true story of Tarrare The Freak - Part One

“Truth is stranger than fiction, but it is because Fiction is obliged to stick to possibilities; Truth isn't.” So, it is claimed, said Mark Twain. He need have looked no further than the story of an 18th century Frenchman known as Tarrare for the perfect illustration of his adage. The details of this man's short but extraordinary life scarcely seem possible. As we're inclined to say today, you just couldn't make it up. 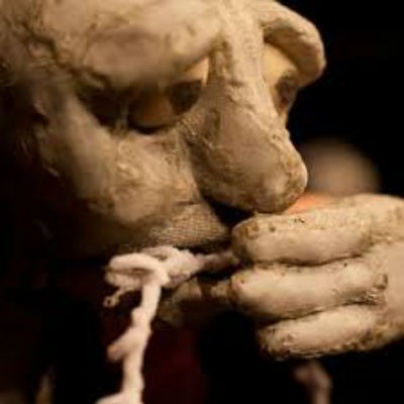 From 30th January to 18th February, one of the country's most talented puppetry companies, Wattle & Daub, will present this story in their highly distinctive way, as a 'monstrous chamber opera', hauntingly scored by acclaimed pianist and composer, Tom Poster. To describe Wattle & Daub's The Depraved Appetite of Tarrare the Freak as unusual is an understatement so we thought we would introduce it to you via a two-part blog. Here in Part One, you can find out the story behind the name and, in Part Two, discover more about Wattle & Daub's research and development process as they created this fascinating work, which took them to dark and strange places and led them to consult experts in fields not often associated with puppet theatre.

The man whose only known name is Tarrare was born near Lyon around 1772 and displayed an abnormally voracious appetite from birth. By his teens, he needed to consume at least his own body weight in meat every day and had been cast out by parents who were unable to feed him. Forced to survive as best he could, he took to begging and stealing with bands of thieves before joining travelling charlatans and sideshows and performing swallowing feats on the streets of Paris by eating stones, corks, whole baskets full of apples and even live animals. 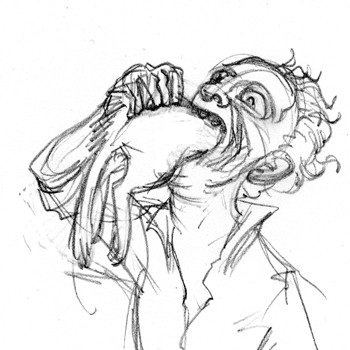 When war broke out in 1792, Tarrare joined the French Revolutionary Army but collapsed with exhaustion when military rations failed to satisfy his extreme hunger. Even being granted quadruple rations was not enough to stop him scavenging for scraps in bins and gutters. He even fed on poultices stolen from the apothecary. Baffled senior military surgeons detained him to investigate his eating habits and fed him meals intended for 15 or more labourers as well as live cats, snakes, lizards and puppies before deciding that his digestive system should be put to military use smuggling documents swallowed in wooden boxes and retrieved after passing through his gut. His very first assignment which, unknown to him, contained only a dummy message as a 'test' mission, led to his capture and torture by the Prussians, culminating in a mock execution followed by yet more brutal beatings before being dumped behind French lines.

Understandably desperate to avoid any more active service, Tarrare returned to the military hospital and begged the chief surgeon, Baron Percy, to do anything in his power to cure him. Everything failed; laudanum, wine vinegar, tobacco pills and numerous controlled diets were unable to stop him from escaping to scavenge for offal outside butchers' shops and fight for carrion on rubbish heaps. he was even caught trying to eat corpses in the hospital mortuary. Despite calls from many quarters for him to be sent to a lunatic asylum, Percy insisted on continuing his experiments but, when a toddler disappeared from the hospital, suspicion fell on Tarrare and he was driven out. 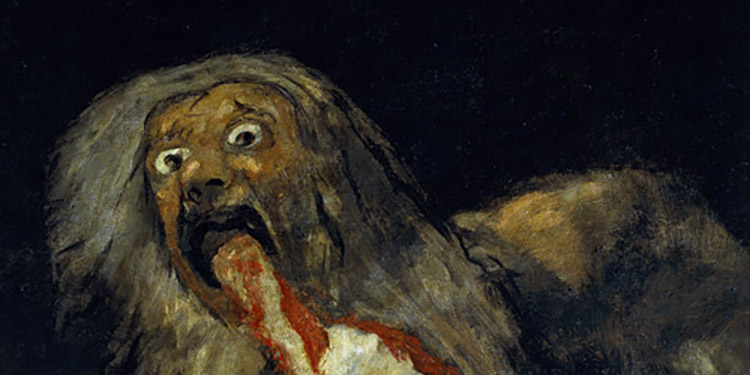 Four years later, Percy was summoned by a surgeon of the Versailles Hospital to find Tarrare dying from tuberculosis. He died within the month, aged around 26. An autopsy revealed an abnormally wide gullet, liver and gallbladder, an enormous, ulcer-ridden stomach and that his body  was filled with pus. Throughout his life, he had remained surprisingly slim. His mouth was abnormally wide and his skin hung in loose folds, stretching to accommodate a dozen eggs or apples in his mouth at any one time and to allow his abdomen to distend like a massive balloon after eating meals that sometimes consisted of 30 pounds of raw bull lungs and liver in one sitting. He was described as smelling so foul that no-one could bear to stand within 20 paces of him and he displayed what we now know to be the symptoms of hyperthyroidism - extreme appetite, rapid weight loss, profuse sweating, heat intolerance, and very fine hair. A recent study suggests that Tarrare's excessive appetite may have been caused by damage to the amygdala region of his brain.

Tarrare claimed to Baron Percy shortly before his death that he had swallowed a golden fork and that was the cause of his acute illness whilst at Versailles. The fork, however, was never found.

Discover in Part Two how Wattle & Daub have interpreted this extraordinary story as a 'monstrous chamber opera for puppets'. The Depraved Appetite of Tarrare the Freak runs 30th January to 18th February and you can book tickets here. 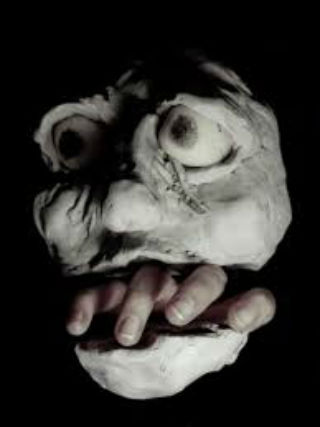