The Trad Academy Sea Shanty Choir, London’s finest non-audition community choir, will be singing songs of the sea alongside folk singer and WWII veteran of the Normandy Landings, Jim Radford. Well-established favourites of the UK’s shanty festivals, join them for an evening of maritime music that will whisk you back to the days when Wilton's was busy with the sound of sailors fresh from the London docks.

The Trad Academy Sea Shanty Choir
The Trad Academy Sea Shanty Choir was established in 2013 as an open-access adult community choir, providing an opportunity for singers of all abilities to come together and sing songs of the sea, and rehearses on an on-going basis. As well as having a busy performance schedule in London, the choir continues to be invited to perform at venues and festivals around the UK and abroad and regularly collaborates with London based shantymen The Ballina Whalers and chamber folk collective, Firefly Burning.
tradacademy.co.uk
@shantychoir

Jim Radford
Jim Radford sailed from his home-town of Hull in East Yorkshire as a Galley Boy on a Deep Sea Tug in 1944; settling back onto dry land (after several years in the Royal Navy) ten years later. He is now retired after a varied career but still takes a keen interest in the folk and maritime music scene - being a regular attender and performer at several maritime festivals around the UK. Although Jim is best known for his sea-songs and shanties (sung acapella) he also has an extensive repertoire of British and Irish folk songs.  Jim's own compositions (The Shores of Normandy, The Merchant Seaman and A Song for Stephen Lawrence) have won several songwriting awards. Jim is also the youngest member of the Normandy Veterans' Association.
offbeat.karoo.net/shantyman 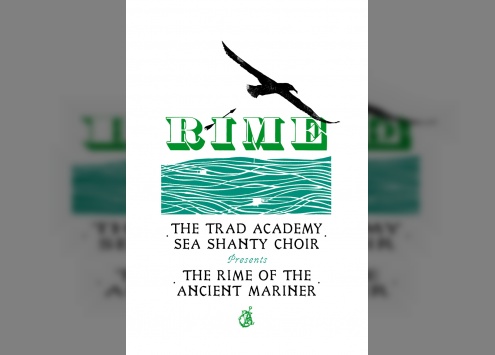 This event has now passed. If you would like to see images from it, please click here:https://www.facebook.com/TASeaShantyChoir/photos/?tab=album&album_id=1052252374830678Following their sold-out ...