Premiering new dance on the theme of memory

3rd May to 5th May . Times TBC .
Free (reservation essential, available from April)
After a very successful pilot festival in 2014, Wilton’s Strike! returns in 2016, to premier six new works by emerging artists. Whether you are a dance professional or an enthusiastic fan of the genre, this is a perfect opportunity to see tomorrow's star performers and choreographers at the outset of their artistic careers.

Our theme this year is memory and the six selected choreographers have been commissioned to develop their work to performance level, with mentoring from professionals. Submissions were judged by our illustrious panel: Viviana Durante, former Principal Dancer with the Royal Ballet and Guest and Principal the world over; Critics Choice award winner, Jonathan Goddard, who has performed with Rambert, Scottish Dance Theatre and English National Ballet and founded the Dancespinner education project; and Lee Smikle, teacher, choreographer, producer and artistic director as well as Resident Artist with Matthew Bourne’s New Adventures and Re:Bourne. The six works will be showcased in front of a live audience as well as being live-streamed worldwide.

We have extended this second festival to include Youth Strike! for which a group of East London secondary school pupils will choreograph and perform their own work on the theme of memory. They will be led by Jo Meredith and Sean Bruno who created one of the pieces for 2014 and their performance will be our curtain raiser on the first night of this year’s festival. In partnership with Eastside Educational Trust, a second school group will film rehearsals and development to create introductory videos for each piece of work as well as working with ArtStreaming TV at the dress rehearsal to learn about live broadcasting.
An open Q&A session will follow the performances on each of the three nights.

Tickets will be available from 4th April. We anticipate demand will be high so booking is strongly recommended. Anyone unable to make it to the performance will be able to watch live online on the day via artstreamingtv.com. 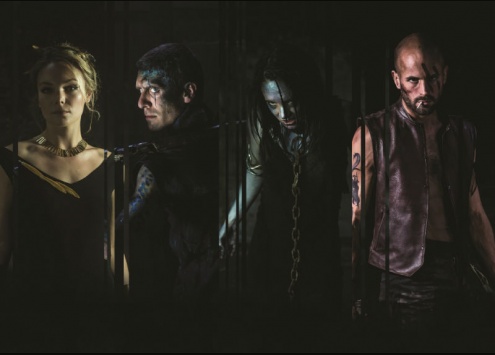